August was once again time for the Powell Street Festival. Ikebana was displayed in the hall of the Buddhist Temple, and there were two demonstrations both days. We (my daughter Kimberly and I) did the last demonstration. It was her first time commentating while I made five arrangements. Everyone agreed that Kimberly did a great job!

I was invited to the home of the Consul General, Asako Okai, for a garden party to wish her farewell. She was leaving for New York City to be of help at the United Nations.  I had assumed that others from the ikebana association would be there, but I didn’t see anyone I knew! Oh well, the food was good, and I chatted with a couple of people.

I had one flower order for the end of the month for a special birthday party. They wanted three purple and white arrangements similar to a picture from a magazine. Unfortunately, I only used one
similar flower and greens, but I achieved the look, and the customer was thrilled! 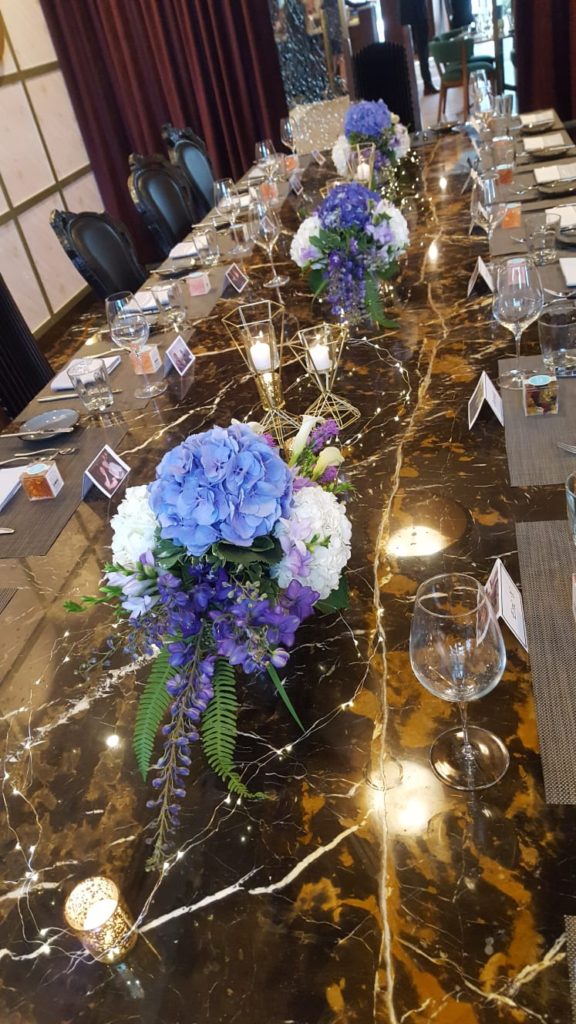 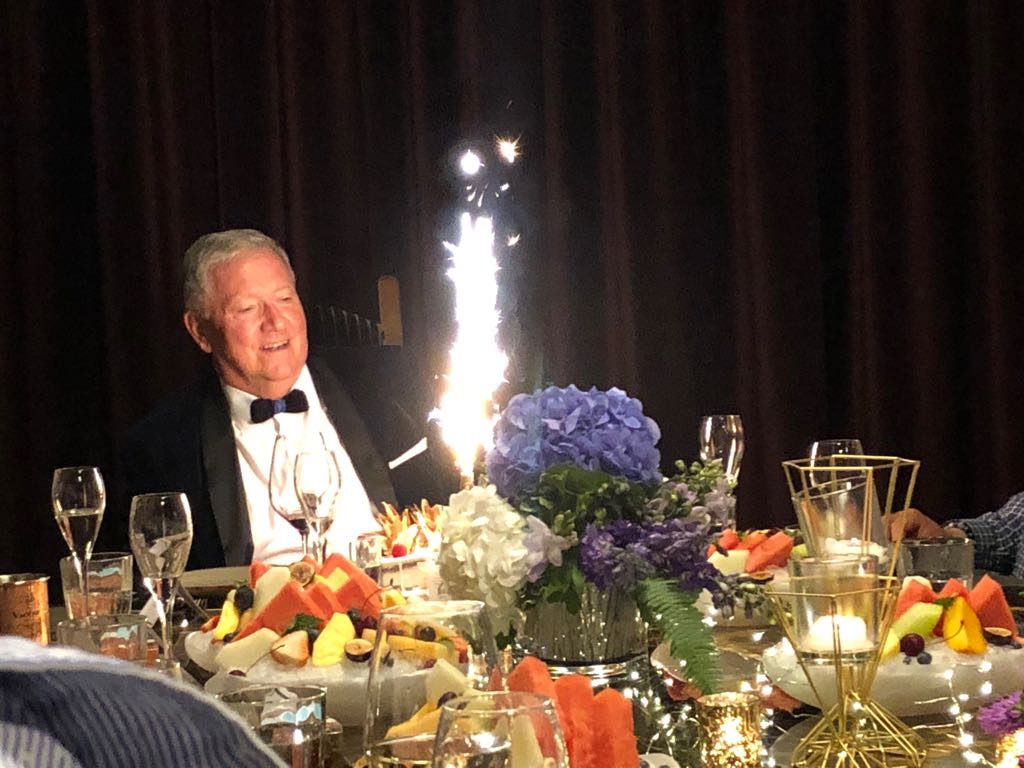